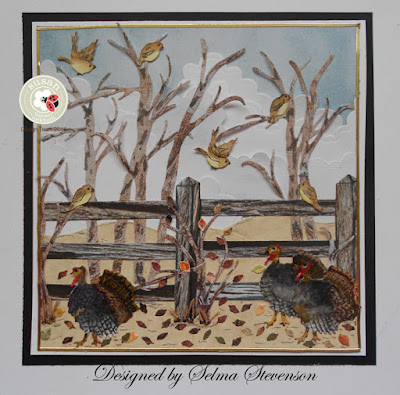 This is a card I designed last year.  One of my followers asked if I would post it again.  It was a very fun card to create.  I hope it gives you inspiration to create a similar card.

This is a 6x6 inch card.  A slightly smaller piece of white card stock was used for the background.  The top portion of it was sponged with Stormy Sky Distress Ink.

Using the CountryScapes Cloud die, four cloud edges were die cut so they could be layered at different angles to form a cloudy sky.  Using Adventure Edges, two landscapes were die cut using tan card stock. They were layered below the clouds.

The Kentucky 3-Rail Horse Fence was die cut twice to fit across the card.  The fence had Clear Double Sided Adhesive on the back so it could be attached over the trees.  One side of the fence had to be trimmed off to fit the card front.  You can use a piece of the ModaScrap Woods Effect design paper to die cut the fence for a wood grain finish.

It is so fun to use your imagination to create a country scene using Susan's CountryScapes dies.

You can shop for the products from Elizabeth Craft Designs by clinking on the links below. 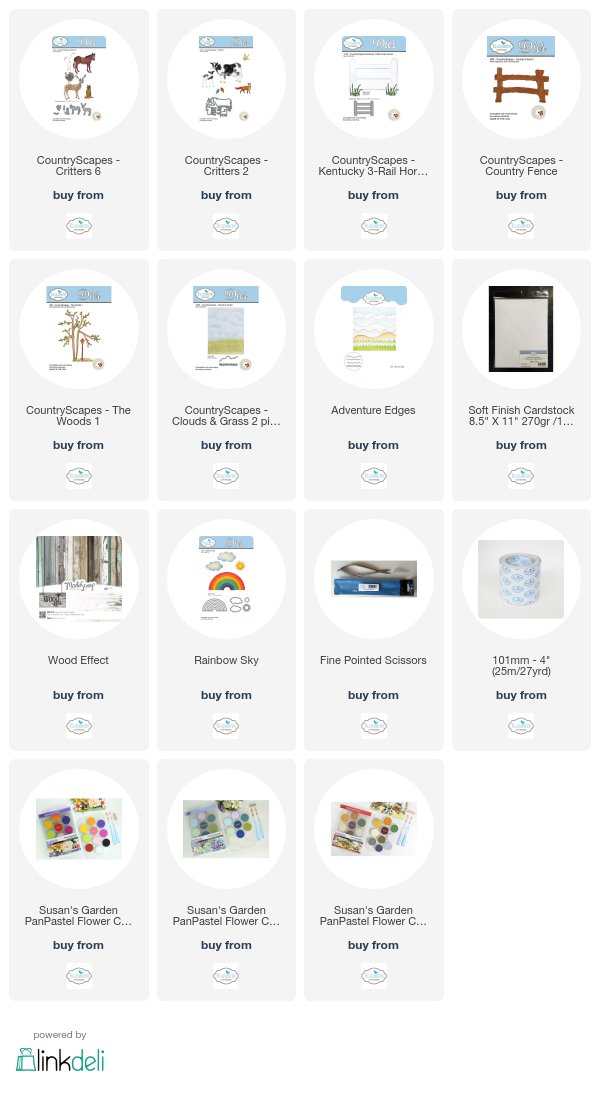 This scene is lovely, Selma!

So lovely and festive.
Pat McQuitty

Love your card! You can almost smell the woodsmoke and snow in the air. Also live in small town outside of Spokane and your card certainly embodies our area! Lovely creativity!