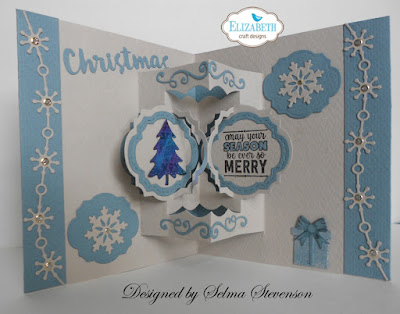 This Pop Up card looks like it would be complicated to assemble, but it is so easy to create and is such a WOW card when opened!!  You can watch Karen's Pop it Ups 1206 Anita Frames Pop-up Die Set Video at this LINK. 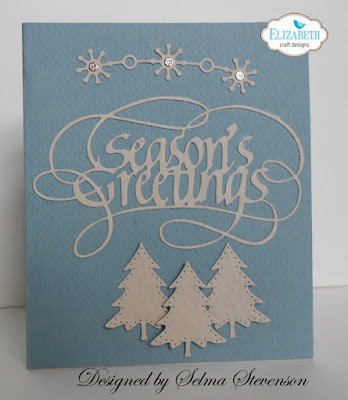 To decorate the front of this card, the A Way  With Words - Season's Greetings die was used.  The trees were die cut using the Holiday Charms die set.  Along the top, a small piece of the snowflake Holiday Garland 2 was used.

I hope you will watch Karen Burniston's YouTube Video and have fun creating your Anita Frames Pop-Up card.

This is a wonderful card, Selma!!
The Anita Frame is wonderful too.
The blue white color combination is very pretty, I love this card.
Hugs, Eva.

I find it amazing that you always have such beautiful creations that you keep sharing with us! Thanks again. I so enjoy your creative works!

The pop up card is just amazing, Selma!